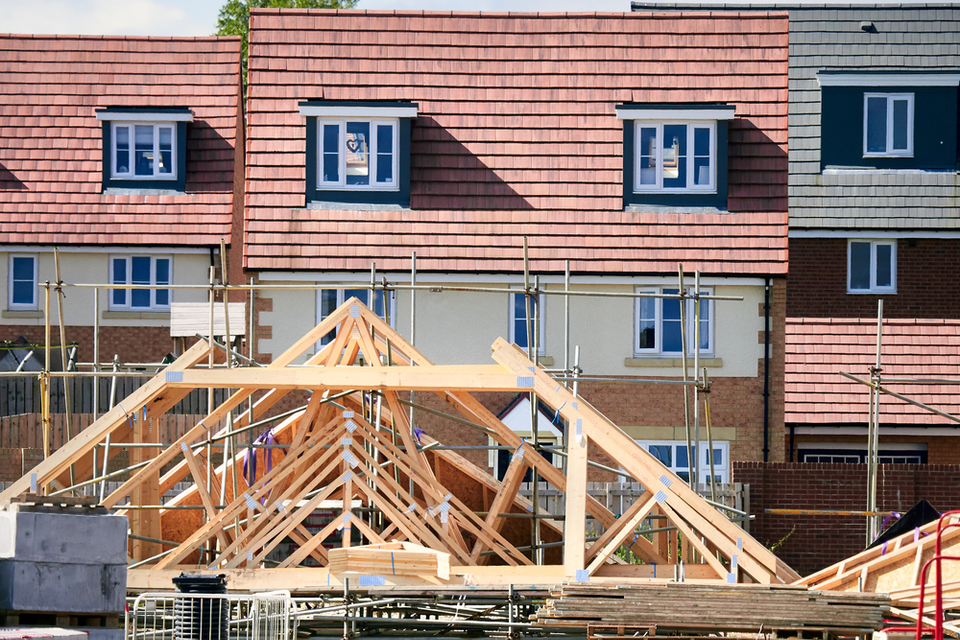 It is the latest government action to support families onto the property ladder – with over 765,000 households helped into home ownership since 2010

Thousands of people in England will be supported onto the property ladder and given the opportunity to build their own home, with the launch of the government’s Help to Build scheme, the Department for Levelling Up, Housing and Communities announced today (24 June 2022).

Backed by £150 million of government funding, Help to Build will enable people to overcome prohibitive mortgage costs to build a home that is tailored to their needs and in a community of their choice, with just a 5% deposit towards land and building costs.

Help to Build will open for applications on Monday, making self and custom-designed homes an option for those who don’t have Grand Designs size budgets. Most people are currently priced out of this option because it can require huge sums up front – the average for a self and custom build deposit is around 25% of land and building costs.

Help to Build will help level up communities by supporting young people and families into homeownership in places where they want to live. It builds on the success of other government schemes, including Help to Buy and Right to Buy, which have helped more than 765,000 people buy their own homes and will contribute to the one million homes being built by the end of this parliament.

The scheme can help people with specific living requirements, creating homes that are tailored to their needs, including those with disabilities or those who live with large families or elderly relatives.

Help to Build is also part of the government’s plan to boost the UK’s underdeveloped self and custom build sector, which will create jobs, increase the number of new homes and help grow the economy. The government has today published its response to Richard Bacon MP’s independent review of scaling up self and custom housebuilding, commissioned by the Prime Minister. It sets out how the sector could deliver 30,000-40,000 new homes a year.

Through the Help to Build scheme we will help thousands more people onto the property ladder by giving them the opportunity to build homes that are perfectly tailored to their needs and in the communities they want to live in.

This innovative scheme will build on our work to break down the barriers to homeownership, as well as creating new jobs, supporting the construction industry and kickstarting a self and custom build revolution.

I am very pleased by the government’s warm response to my Review. The government recognises the crucial role which custom and self-build housing can play in addressing the nation’s housing challenges, including delivering more affordable housing.

Making it easier for people to build or commission their own homes helps to promote a more diverse housing market with more real choice and control for consumers.

There is clear evidence that getting people more involved in decisions about housing helps to deliver houses that are better designed and better built, which are greener and cost less to run and which communities are happier to see built. I look forward to working with the government to progress this important agenda”.

Help to Build will help families bridge the gap between their deposit and the cost of building material and land, allowing applicants to borrow between 5% and 20% of their costs across England – and up to 40% in London. Total build costs cannot be over £600,000, or £400,000 if the land is already owned, and applicants must live in the property as a primary home.

The government has also today set out the measures that it will take forward from the Bacon Review to boost the sector. These include:

A specialist unit within Homes England to bring forward more self and custom build plots on regeneration projects across the country.

Bringing forward legislation through the Levelling Up and Regeneration Bill to promote self and custom building, including the review of the National Planning Policy Framework (NPPF).

The Modern Methods of Construction Task Force (MMC) will promote the use of modular factory-built to boost custom homebuilding.

Greater customer choice should be available to all those seeking a home of their own – not just those with the deepest pockets. Help to Build is key to opening up custom and self build to more people with sound plans and limited deposits. It will enable them to access a home that better reflects their desires and needs and which enriches their lives, as well as those of their community and is better for the environment.

I’m delighted that Darlington Building Society is the first lender to offer mortgages under the government’s Help to Build scheme.

Self-build isn’t the preserve of the wealthy, and Help to Build makes it more practical and accessible than ever before for people to build their dream home. This scheme also opens up the opportunities to first-time buyers. It is a fantastic example of the market moving with the times, and people’s changing wants and needs.

In developing the scheme with Homes England we have used the model proposed by the National Custom and Self Build Association (NaCSBA) as a starting point We consulted with NaCSBA and engaged with lenders, brokers and insurers in the development of the scheme. Further details of the scheme have been published today.

If you would like to find out more about the scheme and how to apply, please visit the OwnYourHome website

Provider: View Original
Type: Link
Title: Thousands of families helped to build own homes
Description: Thousands of people and families in England will be supported onto the property ladder and given the opportunity to build their own home, with the launch of the government’s Help to Build scheme.

Provider: View Original
Type: Link
Title: Thousands of families helped to build own homes
Description: Thousands of people and families in England will be supported onto the property ladder and given the opportunity to build their own home, with the launch of the government’s Help to Build scheme.

You have just read: Thousands of families helped to build own homes