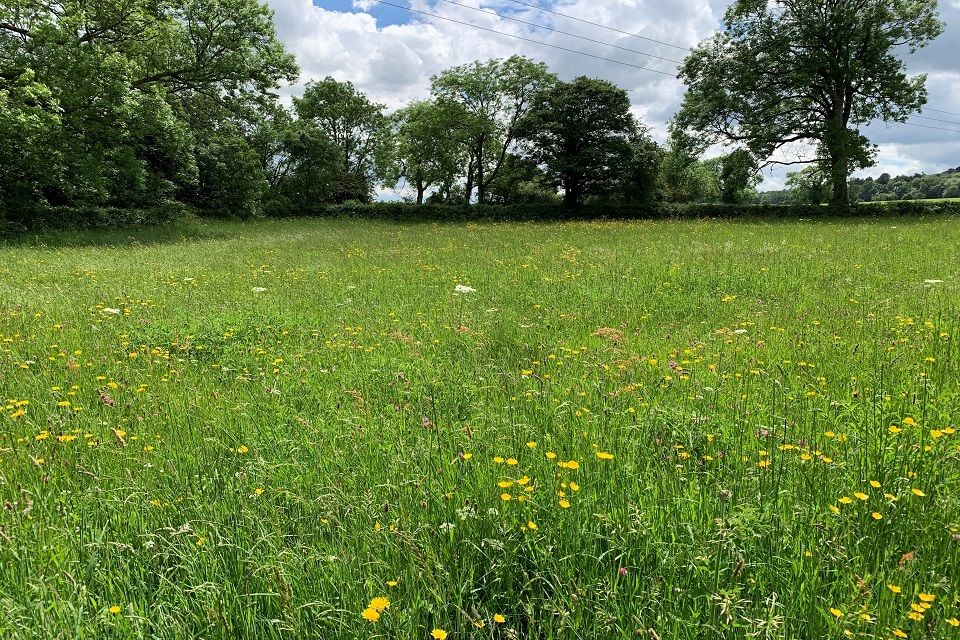 A Leicestershire beauty spot rich in rare wildflowers is now protected for future generations after being declared a Site of Special Scientific Interest (SSSI).

Johnson’s Meadows, with its 6.5 hectares (16 acres) of unspoiled grasslands, is also a haven for wildlife. Lying between the villages of Woodhouse Eaves and Woodhouse, north of Leicester, it is one of several SSSIs in Charnwood Forest.

The meadows - encircled by tall, wide hedgerows - support an impressive variety of grasses, such as crested dogs-tail, red fescue and sweet vernal grass. Among them grow wildflowers including common knapweed, great burnet and meadow buttercup. Perhaps the most striking is the marsh orchid. Flowering from late May to early summer, it flourishes in the meadows.

Many rare wild flowers grow in the grasslands

The site also contains heritage features in the form of medieval ridge-and-furrow earthworks and the remains of a medieval settlement. These further demonstrate the antiquity of the grassland and conservation importance of the site.

The land has been handed down through the Johnson family for 3 generations. They continue to manage the meadows in a traditional and environmentally sympathetic manner.

Speaking as one, the Johnson family said:

We feel privileged to be the guardians of our meadows embracing our role to protect them. It’s exciting to meet and work with environmental experts and we look forward to encouraging more biodiversity to this wildlife haven, for future generations of the family to enjoy.

The Johnson family has managed the meadows over 3 generations

Natural England will continue its partnership with owners of Johnson’s Meadows, both old and new, to promote and maintain positive management of the wildlife and the meadows.

The site joins more than 4,100 SSSIs that form the backbone of nature conservation in England. The country has seen a 97% decline in this rare type of habitat over the past 50 years.

On 31 January 2020, after more than 20 years of partnership with a group of local landowners, Natural England notified Johnson’s Meadows as a SSSI.

Owners of a site declared an SSSI are legally required to safeguard and protect it appropriately, to conserve its special features.

The Johnson’s Meadows Facebook page can be accessed via this link.

Press release distributed by Media Pigeon on behalf of GOV.UK, on Jul 29, 2021. For more information subscribe and follow mediapigeon.io