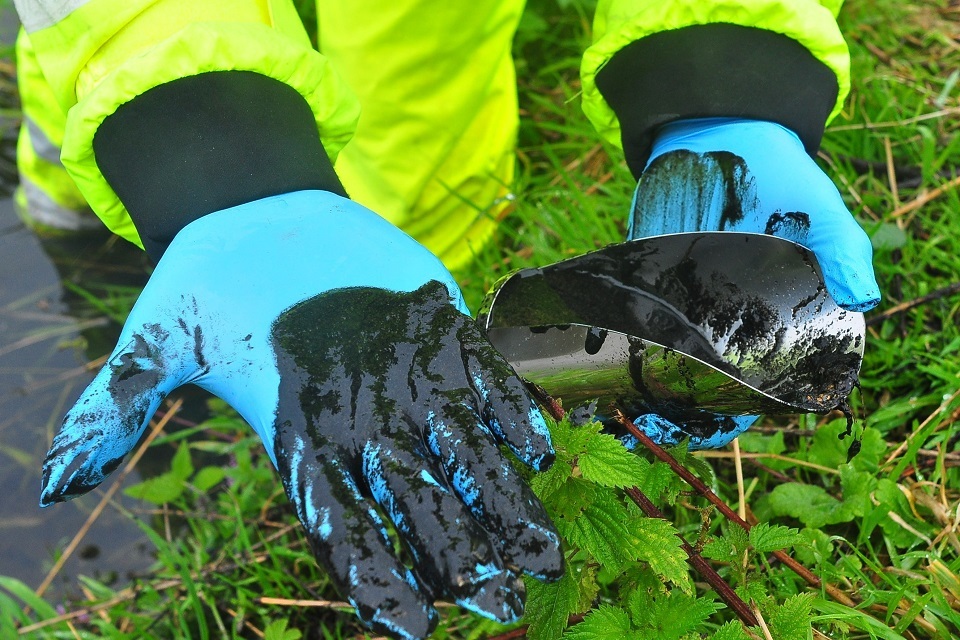 The environmental performance of Dairy Crest Limited has been unacceptable for too long and needs to significantly improve, says the Environment Agency.

Dairy Crest Limited, owned by Saputo Dairy UK, and its management of the Davidstow Creamery near Camelford, north Cornwall, has been falling way short of the standards expected by the Environment Agency when it comes to the company’s management of liquid waste, odour and environmental reporting, Truro Crown Court heard.

Ever since the site changed production to focus on whey processing, particularly to produce powder used in baby milk and other products, the effluent being discharged into the River Inny has been more challenging to treat. This has resulted in unacceptable pollution of the local river, which is a tributary of the River Tamar, causing significant harm to fish and other aquatic wildlife. Another issue has been foul odours which have often affected the lives of local residents.

Dairy Crest, which produces brands such as Cathedral City at its Davidstow plant, previously pleaded guilty to 21 of 27 charges brought by the Environment Agency. For committing this catalogue of offences, the firm was fined £1.52 million at the crown court on 23 June 2022. It had already agreed to pay costs of £272,747.

An Environment Agency employee inspects the outfall at the River Inny

Delivering the sentence, HHJ Simon Carr expressed the view that he had not seen consistent performance evidenced by the company over a 5-year period.  The judge identified a poor, middle management culture as a contributing factor to the environmental harm caused that should have been dealt with by senior management much sooner.

He said it felt like there was never a time without a problem and some of those responsible for the wastewater treatment plant felt bullied and unable to come forward.

Judge Carr added he had been ‘moved’ when reading testimony from residents whose lives had been ‘blighted’ by odours.

Releasing a harmful biocide, used to clean the wastewater tanks and pipework, into the river and killing thousands of fish over a 2 kilometre stretch on 16 August 2016.

Coating the River Inny with a noxious, black sludge for 5 kilometres in 2018, through a release of a mass of suspended solids in July and August 2018.

Consistently exceeding limits on substances like phosphorous and suspended solids entering the River Inny, from 2016 up to 2021.

Numerous leaks of part-treated effluent into nearby watercourses and onto the land.

Failing to tell the Environment Agency within 24 hours of when things had gone significantly wrong on site, on 7 separate occasions.

As a large and well-established operator, Dairy Crest Limited should be up to the job of maintaining the required environmental standards. Instead, it has over a period of many years failed to comply with its environmental permit and not been able to protect local people and the environment.

We acknowledge that Dairy Crest Limited has been taking steps to remedy the various problems, but unfortunately, these actions were not swift enough on many occasions and proved to be ineffective in stopping pollution.

The Environment Agency remains deeply concerned about the environmental performance of this site and its impact on the environment. It will continue to monitor the situation and regulate this site closely and urges the operator to make the right decisions and level of investment on site to better protect the wildlife and people of Cornwall.

Davidstow Creamery is the UK’s largest dairy processing facility and one of the largest manufacturing sites in Europe. Each year it produces 57,000 tons of dairy products, including Davidstow Cheddar and Cathedral City.

About 1.3 million litres of milk is brought to site daily from about 370 local dairy farms.

About 1.2 million litres of treated process effluent is discharged into the upper reaches of the River Inny daily.

Substances or products created during the manufacturing process are harmful to the environment, which means it is a regulated facility and requires an environmental permit from the Environment Agency to operate.

This permit has several conditions which must be met to minimise the risk of pollution to the environment. These include limits of the quality and amount of treated effluent that is discharged into the River Inny as well as odour and noise.

Provider: View Original
Type: Link
Title: Dairy Crest given record fine for Davidstow environmental offences
Description: The maker of popular brands like Cathedral City and others has been fined £1.5 million - the largest fine ever awarded for an Environment Agency conviction in the South West.

Provider: View Original
Type: Link
Title: Dairy Crest given record fine for Davidstow environmental offences
Description: The maker of popular brands like Cathedral City and others has been fined £1.5 million - the largest fine ever awarded for an Environment Agency conviction in the South West.

You have just read: Dairy Crest given record fine for Davidstow environmental offences