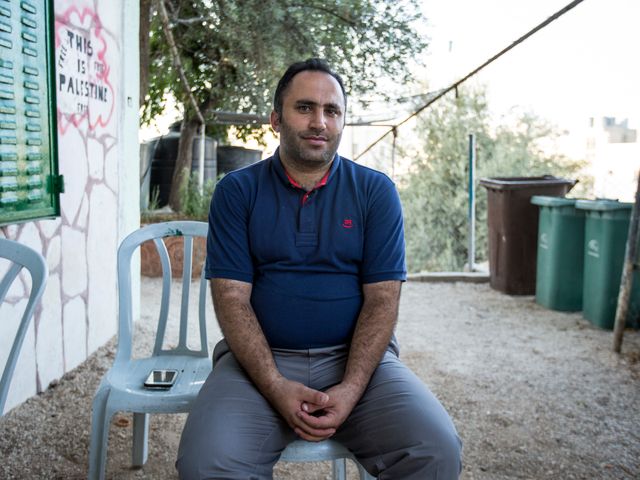 Palestinian activist Issa Amro has been target of ‘political-motivated’ charges

An Israeli military judge in the occupied West Bank is expected to give his verdict tomorrow against Issa Amro, a prominent Palestinian activist facing politically-motivated charges for his peaceful activism against Israel’s military occupation and illegal settlements.

Amro is a founder of the Youth Against Settlements group in Hebron, which organises non-violent activism against the illegal Israeli settlements in Hebron and the discriminatory restrictions placed on Palestinians by the Israeli authorities in the city.

Amro first appeared in an Israeli military court in 2016 on 18 charges, ranging from “insulting a soldier” to “participating in a march without a permit”. Some of the charges dated back to 2010.

Over the past decade, Amnesty has documented a pattern of attacks on Palestinian human rights defenders and activists in Israel and the occupied Palestinian territories.

Amnesty fears that Issa Amro will be given a long prison sentence by the Ofer Military Court tomorrow.

“The Israeli authorities must end their campaign of persecution against Palestinian activist Issa Amro, who is a prominent voice against Israel’s regime of discrimination and systematic human rights violations against Palestinians in the Occupied Palestinian Territories, particularly in Hebron.  “Amnesty International has repeatedly called on the Israeli authorities to drop all the charges they have imposed on Issa Amro. It considers them all to be politically-motivated and linked to his peaceful work in exposing Israel’s human rights violations.”

Hebron is one of two Palestinian cities in the occupied Palestinian territories that have illegal Israeli settlements inside them. The Israeli authorities have long imposed a set of severe and deeply discriminatory restrictions on movement on Palestinian residents of Hebron that have amounted to collective punishment. Israeli forces in Hebron frequently fail to prevent attacks on Palestinians by settlers, and almost never hold those responsible to account.

Press release distributed by Media Pigeon on behalf of Amnesty International UK, on Jan 5, 2021. For more information subscribe and follow