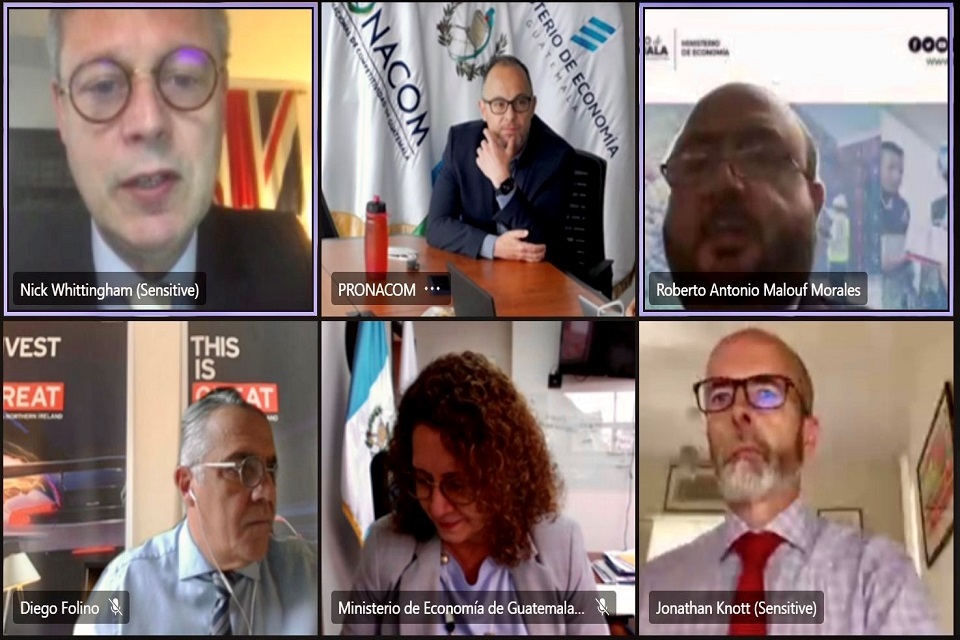 Jonathan Knott was appointed Her Majesty’s Trade Commissioner (HMTC) for Latin America and the Caribbean region in February of this year to champion British trade with important economic partners in the region.

He met virtually with Antonio Malouf, Minister of Economy, Edith Flores de Molina, Viceminister of Economy and Rolando Paiz, Presidential Commissioner for Competitiveness and Investment. They agreed that it was important to continue to develop the trade relationship and to keep strengthening the rule of law to attract UK investors to Guatemala.

Commissioner Knott stressed the opportunities that the UK Central American Association Agreement could bring to our economic relationship. The Agreement, which came in force this year, will start hosting a series of committees on specific topics to boost trade and investment.

According to UK trade figures, Guatemala exported more than US$220 million worth in goods such as vegetables, coffee and sugar in 2020 This is an increase of 34% compared to the previous year. The UK exported US$89 million to Guatemala in the same period.

Commissioner Knott also addressed the need to create more opportunities to forge deeper trading ties that would help both UK and Guatemalan businesses recover from the impacts of the Covid-19 pandemic. He wants to work with Guatemala to promote a level-playing field for British companies participating in government tenders and is interested to promote infrastructure and development projects in Guatemala to British companies.

Press release distributed by Media Pigeon on behalf of GOV.UK, on Jun 16, 2021. For more information subscribe and follow mediapigeon.io

You have just read: UK Trade Commissioner for Latin America meets with Minister of Economy of Guatemala